Mac users who prefer physical media might be often play the DVD, Blu-ray movie disc on their Mac os x. It’s easy to open DVD disc on Mac as long as you have a DVD drive. But things will different if you want to play Blu-ray disc on Mac, as Mac doesn’t have the permission to decode the Blu-ray disc.

Today, we mainly focus on the Mac Blu-ray Player software and we are going to share the top 3 free Mac Blu-ray players to help you successfully play Blu-ray disc on macOS.

If you want to get a better movie-watching experience, free tools usually are not able to do that. So, you may need a more professional Blu-ray Player for playing the BD disc on Mac. That’s why we recommend UFUSoft Mac Blu-ray Player before we start.

UFUSoft Mac Blu-ray Player is high recommended here, since it’s more professional than VLC. It can not only play Blu-ray disc, Blu-ray folder, Blu-ray ISO files on your MacBook Pro/Air, iMac directly but also can be used as a Mac video player for playing common SD/HD/4K UHD/DVD videos on MacBook. By using this Blu-ray player, you can get a lossless sound effect as well as 4K/HD image quality. UFUSoft Mac Blu-ray Player is compatible with any Mac computer including MacBook Pro, MacBook Air, Mac mini, and iMac.

3 Steps to Play Any Blu-ray Movie Discs on Mac

Step 1. Connect the BD drive to your Mac

Prepare a Blu-ray drive and connect the BD drive to your Mac with the USB cable. Then, insert your Blu-ray movie disc into the drive.

Note: Make sure you are connected with Internet well.

Launch the UFUSoft Mac Blu-ray Player and then click on the “Open Disc” button on the main interface to load the Blu-ray on your Mac.

Wait a second, the main menu will pop out. Here, you can choose the chapter, audio tracks and subtitles you like. If is not necessary, you can directly click “Play Movie” button to watch the Blu-ray movie directly.

With only 3 steps, you can enjoy your Blu-ray movies on your Mac with the best Blu-ray player for Mac. And, you can also play Blu-ray on MacBook Air, iMac, etc. via this method. Now take your Blu-ray discs and start watching on your Mac.

You may be familiar with the VLC media player as it is the most popular video player for Mac users. Though VLC is a free and open source program, it can play most multimedia files as well as DVD, CD, VCD. Better still, the 2.0 and later version can perform as a Blu-ray player to help you play non-protected Blu-ray disc on Mac with some extra operations. Look for details from How to Play Blu-ray Movie with VLC on Windows & Mac.

• VLC does not yet support Blu-ray menus so you must manually select a title to play.

• Not all Blu-ray movies are supported.

• It needs extra steps to play the Blu-ray disc with VLC.

• There are some playback problems when playing commercial Blu-ray.

The third program we will share is called Free Mac Blu-ray Player. It is a free tool for help users play Blu-ray disc/Blu-ray folder/Blu-ray ISO image file on Mac computer. It allows you to choose chapters, titles as well as audio tracks. But it has no Blu-ray menu support.

KMPlayer has been a staple for Windows users since the early 2000s but now you can finally also get it for Mac. This new version comes equipped with most of the same features and tools as the Windows version and may even be a better choice than VLC for some users. The player can handle Blu-ray discs a bit better than its counterpart and has its fair share of skins and other customization options available. That said, there is a caveat with this free Mac Blu-ray player. KMPlayer is currently in Beta on Mac so you’re likely to come across bugs, crushes, and various other technical issues sooner or later. It’s still a good player in spite of that but it might be a good idea to wait for the official release before you download it.

• Support Blu-ray disc in all regions.

• It will also fail to open some Blu-ray discs occasionally.

• It crashes at most of time, so you can’t enjoy your Blu-ray movie at ease.

These 3 free Blu-ray player for Mac is the most famous free program in current market. I can’t promise that they are workable and reliable, since every program has different troubles on different computer.

Therefore, getting a professional player like UFUSoft Mac Blu-ray Player may be a safer choice. It has a support team which can help you solve any playback problem. It also offers 30 days money back guarantee if you don’t satisfied with it. 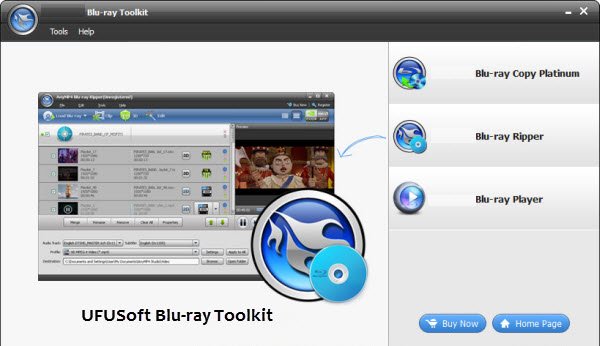 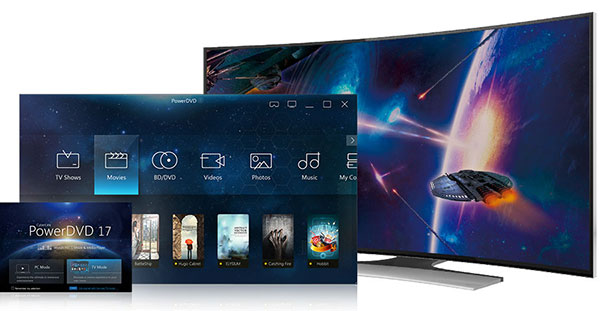 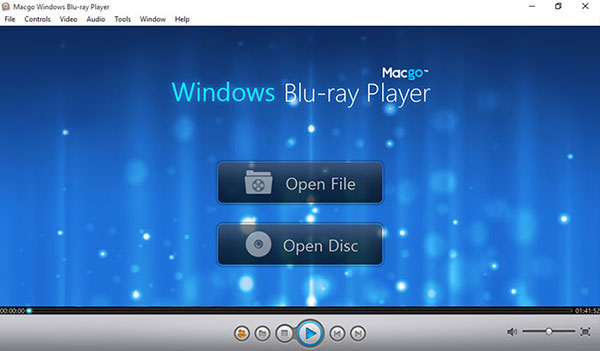 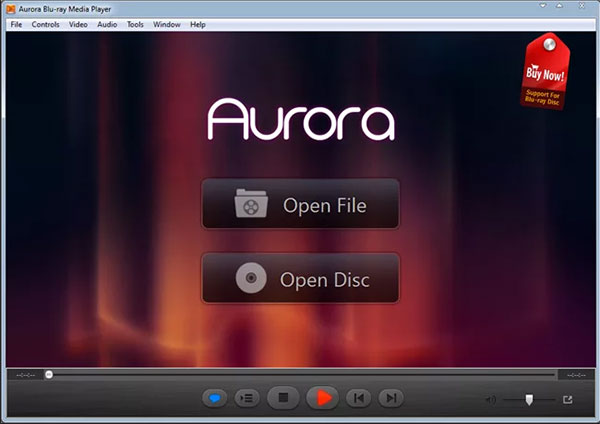 Looking for the best Blu-ray player software in 2018? The increasing popularity of Blu-ray among movie enthusiasts gradually drives the entire Blu-ray ecosystem into its maturity, and today Playing Blu-ray movies on portable device or on a windows 10 pc doesn’t have to be difficult. But if you want true Blu-Ray movies or 4k uhd/1080 HD video quality on your pc, you’ll need a Blu-ray media player that’s up to the task. Here is the 2018 Top 5 Best Blu-Ray Player Software for playing Blu-rays on Windows 10 PC.

There Blu-ray player software provides a way to watch Blu-ray movies via your computer instead of a player including the newly windows 10.

UFUSoft Blu-ray player is such a great Windows 10 Blu-ray Player which can play Blu-ray Disc, Blu-ray ISO file, and Blu-ray (BDMV) folders on Windows 10/8.1/8/7/Vista/XP pc with lossless quality. And this program is not restricted by the Blu-ray decryption. That means you can play any commercial or protected Blu-ray discs on your computer. It is equipped with built in advanced decoding abilities such as Dolby, AAC, DTS, DTS-HD and TrueHD etc. so it can enhance your viewing experience over all file formats with ease.

UFUSoft Blu-ray player software for Windows 10 makes it easy to watch your favorite flicks conveniently on your laptop or home theater, elevating your movie night. So pick up your favorite one and start watching your Blu-ray movies.

With over 100 million copies shipping annually, there is no doubt that PowerDVD is the world’s leading Blu-ray, 3D & HD media player. PowerDVD fully supports Blu-ray discs, upscale standard definition content, plays just about any other type of video include YouTube and Facebook, and even supports audio playback and photo slideshows.

TotalMedia Theatre 6 all bring you full Blu-ray support, support 3D Blu-ray, and supports upscaling other standard definition video, both locally on your system and DVDs you put into your system. You can also convert 2D movies to 3D with this software. Total Media also supports streaming video from YouTube and other Internet sources, the ability to change your system’s region code to match the disc you want to play, and serves as an all-in-one media management tool and player for almost any video and audio type and format. But This Blu-ray player software does not feature karaoke capabilities, and you cannot customize your user interface.

DVDFab Media Player is a Windows based media player software that can not only plays Blu-ray & DVD discs with Blu-ray Navigation Menu, but also plays Blu-ray & DVD folders, ISO image files and along with almost any media file format you have on your computer.

It’s another multifunctional blu ray video player software for Windows PC. With such a tremendous acceptance for the 4K videos, the software supports HD, 3D, DVD and others common video and audio formats. You can enjoy best quality video and audio along with many exciting features. It has a unique feature that includes a premium online movie search engine that helps you find the favorite movie. It’s available at an attractive price of $80.
Hope it useful for you.