FreeSmith Video Player is a clean and free player for Windnows users which plays most audio/video/DVD multimedias easily and smoothly.

The Blu-ray DVD Movie Player an all-in-one media player to play videos, music, online videos and even DVD, blu-ray disc movies free for everyone. More importantly, newbie can use this free blu-ray DVD player at ease. 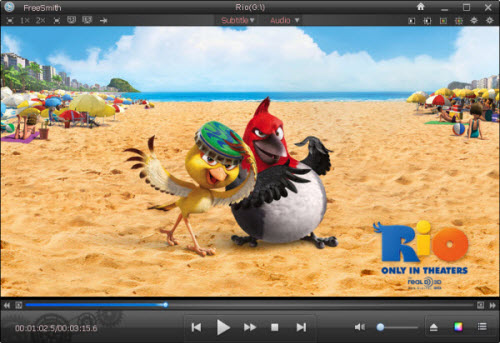 FreeSmith Video Player is not only a video and music player, but also a smart Free Blu-ray DVD Player which allows you to watch blu-ray disc freely. Not all video players can support that, but FreeSmith video player did it!

Free means: no cost, no toolbar, no spy, no ads, no virus, no user tracking.

Free Blu-ray DVD Player aims to develop a fully convenient yet useful, free and clean software for you. So it is!

You can customize the video as your convenience with this Free Blu-ray DVD Player. Personalize the screen length, frame size, contrast, saturation, brightness in one panel. The controls only become visiable only when you hover the mouse over the video screen near the top. More effects can be set by dropping down the setting folder. 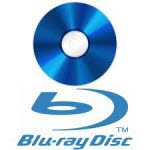 Blu-ray Disc (official abbreviation BD) is an optical disc storage medium designed to supersede the DVD format. The plastic disc is 120 mm in diameter and 1.2 mm thick, the same size as DVDs and CDs. Blu-ray Discs contain 25 GB per layer, with dual layer discs (50 GB) being the norm for feature-length video discs. Triple layer discs (100 GB) and quadruple layers (128 GB) are available for BD-XL re-writer drives. The major application of Blu-ray Discs is as a medium for video material such as feature films. Besides the hardware specifications, Blu-ray Disc is associated with a set of multimedia formats. Generally these formats allow for the video and audio to be stored with greater definition than on DVD.

Tip: If FreeSmith Video Player still can’t help you play some commercial Blu-ray disc movie on PC, you need a third party software((need decrypting Blu-ray function) to help you. You can get a Blu-ray Player for Windows(Only $32) to play Blu-ray movies inluding AACS and BD+ protected ones on Windows 8/7/Vista/XP directly with Blu-ray effect. Or you can hire a Blu-ray Ripper for Windows (Only $49) to rip and transcode Blu-ray discs to WMV/AVI/MPG/MPEG/MOV/MKV/MP4 etc for playing on Windows PC or multimedia players.